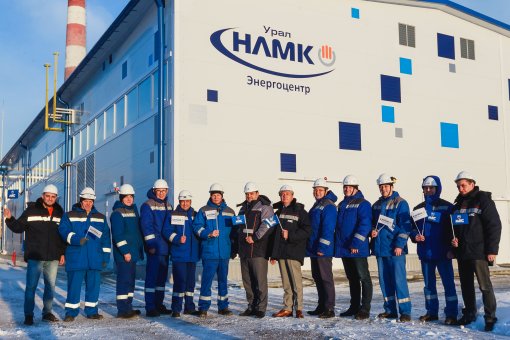 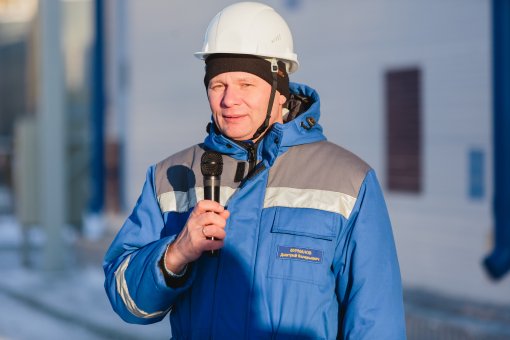 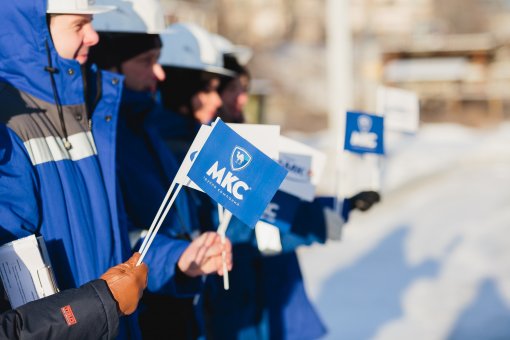 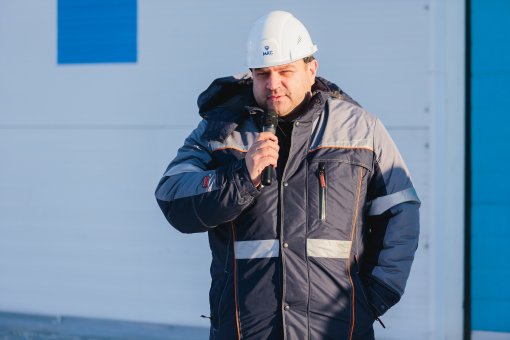 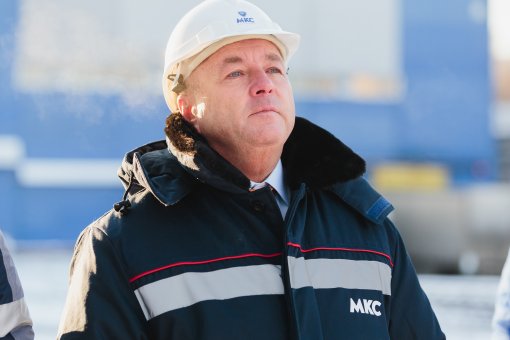 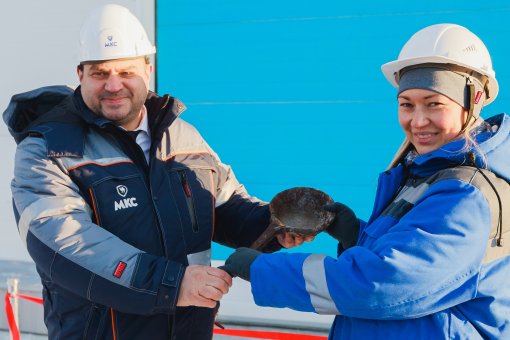 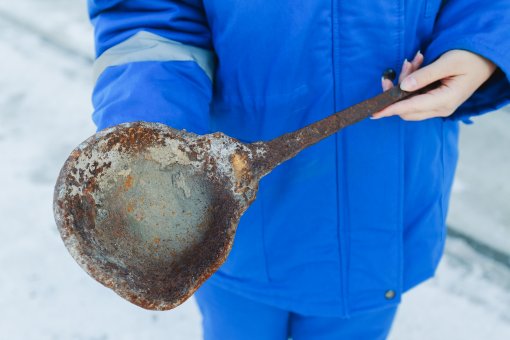 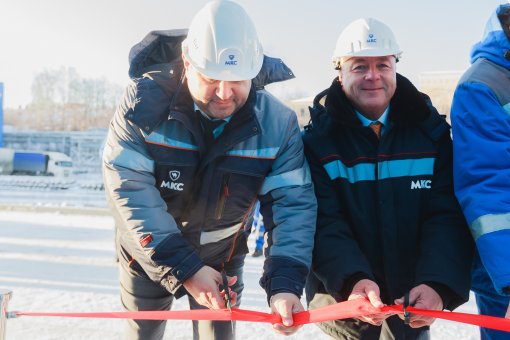 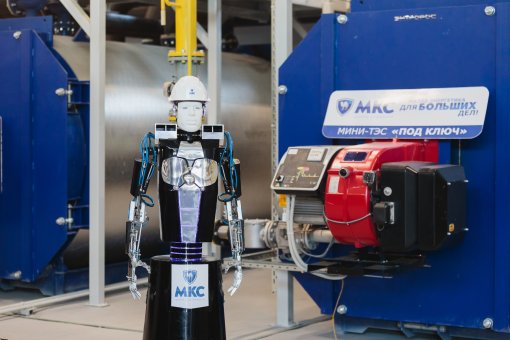 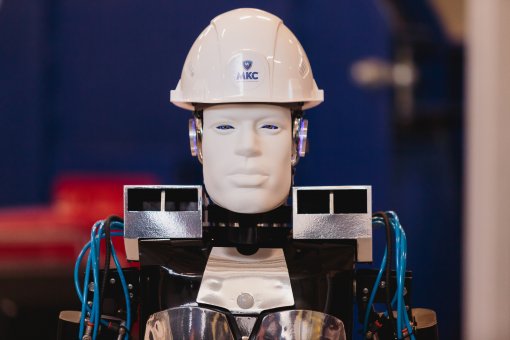 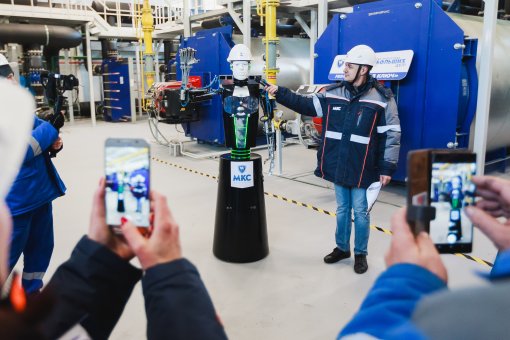 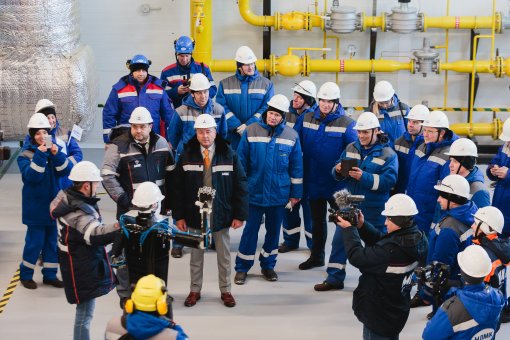 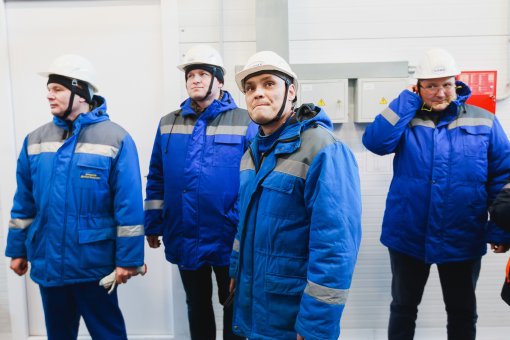 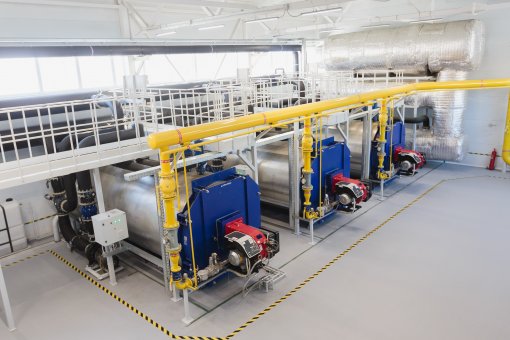 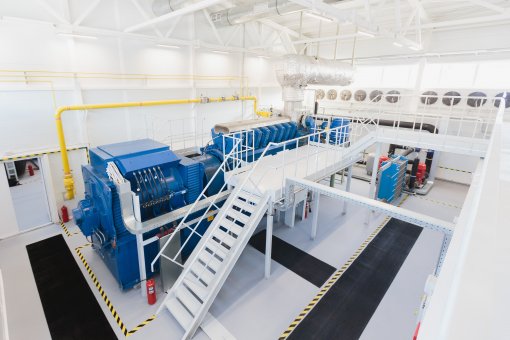 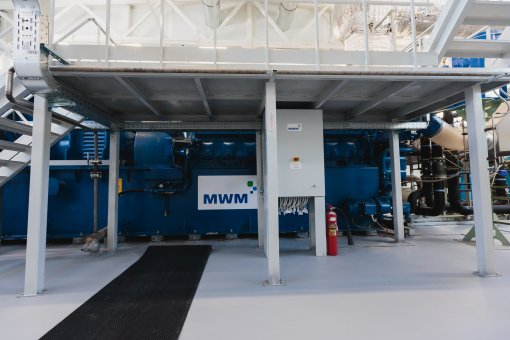 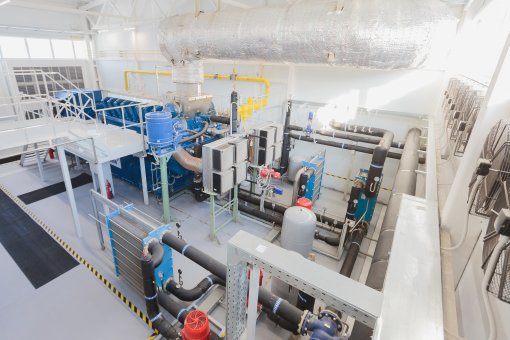 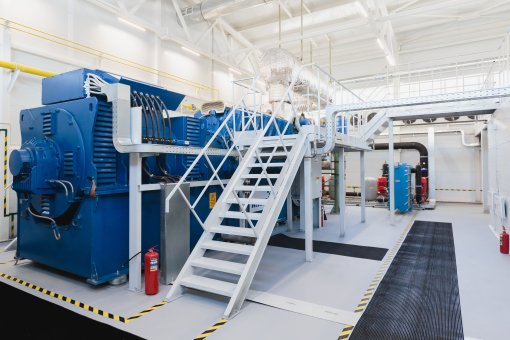 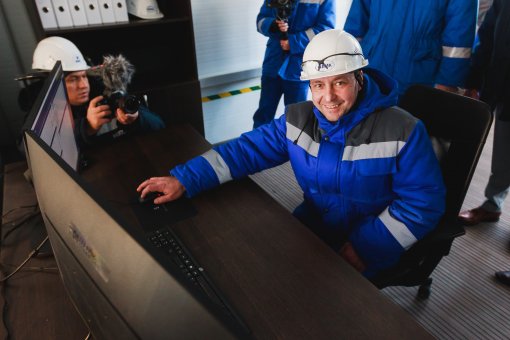 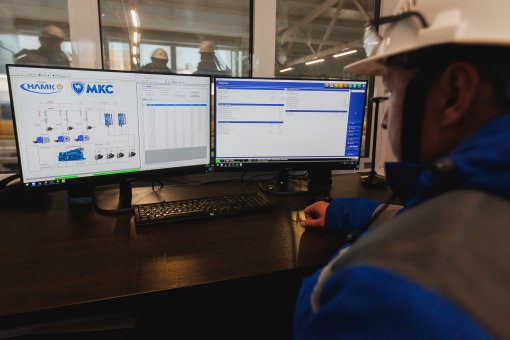 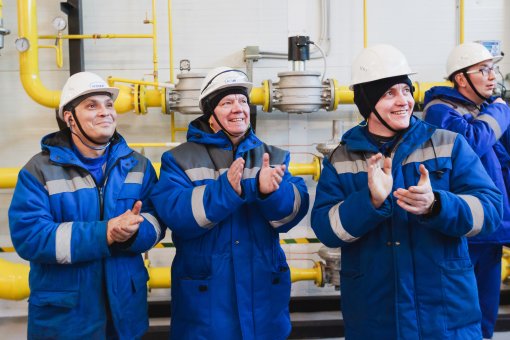 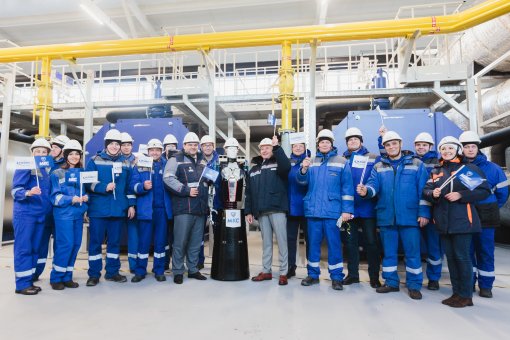 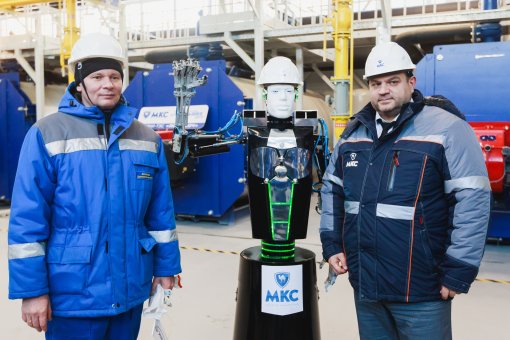 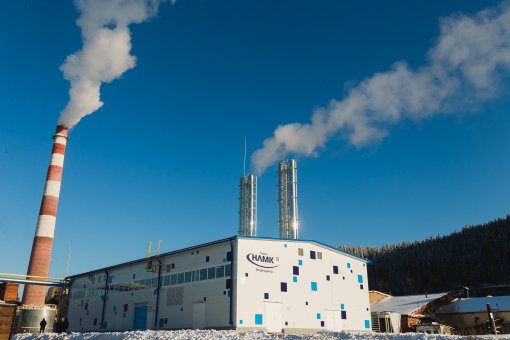 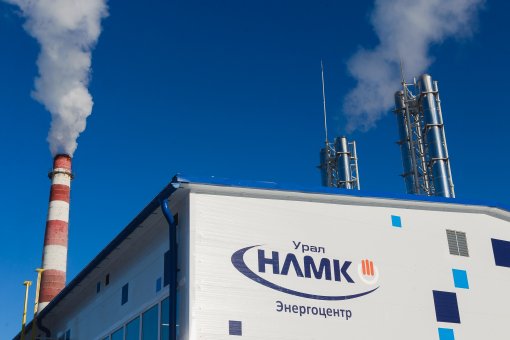 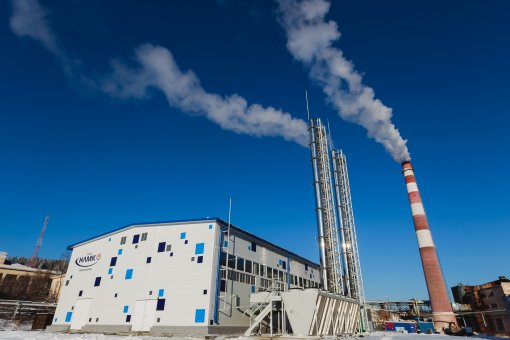 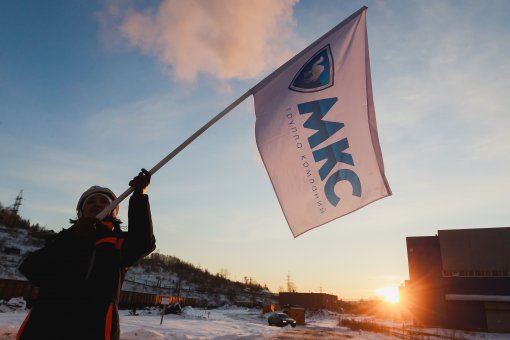 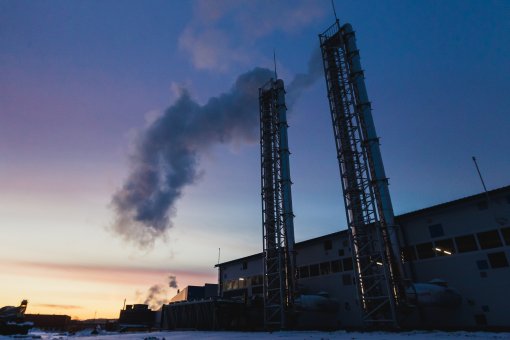 The MKS Group of Companies - the leading engineering enterprise of Russia - has completed the construction of a power center for the largest producer of blanks and rolled steel products - NLMK-Ural (member of NLMK Group). On November 14, the power complex was put into operation at the production site in Nizhniye Sergi and began to provide the plant with electric and heat power.

General Director of the NLMK-Ural Dmitry Furmanov, CEO of the MKS Group of Companies Maksim Zagornov, Head of the MWM Austria GmbH Moscow division German Teplovodsky and others took part in the opening ceremony of the power plant.

The power center NLMK-Ural has become the most high-power gas piston power plant in the Nizhneserginsky district of the Sverdlovsk region. The total thermal capacity of the facility is 25.5 MW, and the electric capacity is 4.5 MW. Three 7 MW water heating boilers are used as the main equipment, as well as a 4.5 MW 2032В V16 gas piston plant of the German manufacturer MWM.

Operation of the power plant is carried out in cogeneration mode (simultaneous electric and heat power generation), when the heat power is used not only for production processes, but also for heat supply of workshops, plant control, administrative and household buildings. The power plant is fully integrated into the plant's processes and operates in parallel with the power grid. Natural gas is used as a GPI fuel.

The MKS Group of Companies carried out all works on the turnkey object launching - design, equipment supply, construction, installation and commissioning works. Therewith, all the works - from the foundation laying to commissioning - were accomplished within 12 months only.

«The power center NLMK-Ural was built in record-breaking time - in just one year, - comments the MKS Group of Companies CEO Maksim Zagornov. - Throughout this term, the facility was a key object for us. Its exclusivity was confirmed both by the qualifications of our specialists and by the scale of construction, but most importantly - by the unique technical solutions used at the site, many of which have not yet been used in Russia. We had to carry out a lot of preparation, remove more than three thousand cubes of soil, build linear networks - gas and power. And in addition, to implement a water treatment system, which allowed to fully provide the plant with drinking water as well.»

The complex was allocated on the place of a former open-hearth shop. An interesting fact: in the course of construction, when geological exploration was carried out, specialists of the MKS Group of Companies have excavated the Demidov times artifacts: a pickaxe, a dripper and a mug, meant for samples' taking. And that's not surprising - the plant is almost three hundred years old; you never know what else remains underground. Unique findings were transferred by the MKS Group of Companies representatives to the Ural Metallurgy History Museum of the NLMK-Ural - «Demidov-Center.»

Within just one year a permanent building of the power plant was built at the place of a former open-hearth shop, housing a boiler hall with three water heating boilers, a machine hall with a gas piston plant, an operator's console, utility rooms. And the «heart» of the complex is the gas piston generator MWM with a capacity of 4.5 MW. It combines the equipment into one complex, and apart from generating electricity, it allows the heat power production.

«TCG 2032В V16 is by far one of MWM 's most high-power and large-scaled engines. Generator's length is 9.2 m, width - 2.6 m, height - 3.3 m, weight - 56 tons. The engine is characterized by a high degree of reliability and environmental friendliness, as well as by one of the highest efficiencies in the world - 86.5%,» - said the head of the Moscow division MWM Austria GmbH German Teplovodsky.

According to the NLMK-Ural management, the power plant will significantly reduce the costs of production in terms of electric and heat power consumption and will improve economic indicators. The amount of investments in this project from NLMK-Ural amounts to 300 million rubles. According to the calculations the payback period of the power center will be 3 years.

Should be noted that an increased demand of business for construction of own generation facilities is widely seen now in Russia due to the constant growth of energy resources rates. Today the total capacity of distributed power generation facilities in the country is estimated at 23-24 GWt - about 10% in the total energy balance of the country. According to experts, these indicators will only grow. Among the main advantages of the distributed power generation objects experts note: reduction of energy resources rates, placement of the generation object close to the consumer, improvement of reliability of electric power supply, speed of capacity launching.

NLMK-Ural – one of the largest Russian manufacturers of blanks and rolled steel products (grids in bars and rod coils). The basic enterprise of the NLMK Group «Russia Long division». NLMK-Ural production facilities allow to produce 2.2 million tons of steel and 2 million tons of rolled products per year. The company consists of three sites located around Yekaterinburg: in Revda (electric-furnace steelmaking), in Nizhniye Sergi and in Berezovsky (shape and bar production).