The year 2021 was marked by the 150th anniversary of MWM. A synthesis of traditions, innovations, and aspiration for constant development has turned MWM into one of the most well-known in the field of gas engines and gensets. For several generations, the high professionalism and enthusiasm of the team members have been the main secrets of MWM's success. Through their efforts, they have made a significant contribution to the development of unique products under the MWM brand, which are in demand all over the world today. MWM has been cooperating with the MKC Group of Companies for more than 10 years. In 2017, MKC became the first in the Urals and the third in Russia company to receive the status of an official distributor and service partner of MWM. In this article, we recall the milestones in the legendary history of MWM, how cooperation between our companies was built, and what was the main result of the technological collaboration between MWM and MKC. 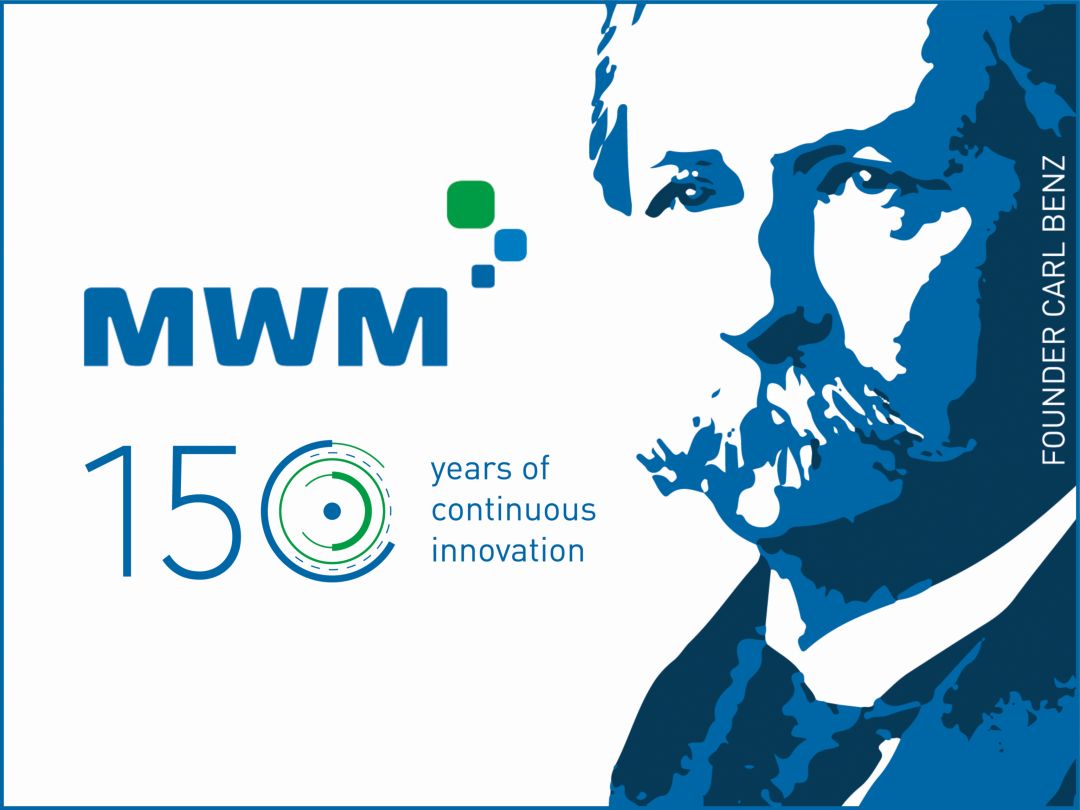 The founder of MWM is fairly considered Carl Benz, a pioneer of the world automotive industry, an outstanding engineer, and a talented entrepreneur, who in 1871 founded the Mechanische Werkstätte (Mechanical Workshop) in the German city of Mannheim. MWM employees continue to believe that in order to understand the strength, philosophy, and power of the corporation, you need to look closely at the personality of the «Great Benz». So, here we go.

The Story of Rising: The Great Benz

Carl Benz was born on November 25, 1844, in Karlsruhe in the family of a locomotive driver. In 1846, his family faced a tragedy. Carl's father died of pneumonia, leaving his wife with a two-year-old child. A small pension was enough only for bare essentials. In 1850, Benz entered the Karlsruhe Elementary School. In 1853 he graduated from it and entered the technical Lyceum. The boy was distinguished by outstanding abilities, he was especially good at exact sciences. After graduating from the Lyceum at the age of 15, Carl with little effort entered the Faculty of Technical Mechanics at the University of Karlsruhe. And four years later, at the age of 19, Carl Benz received an engineering degree.

Knowing the value of money since childhood, having experienced poverty and need, Benz worked for the first seven years of his independent life at small enterprises in Karlsruhe, Mannheim, Vienna. All that time he was hatching the idea of his own business. In 1871, this idea was brought to life as Benz and his friend August Ritter opened a private mechanical workshop in Mannheim.

It was in this workshop that Carl Benz engaged in the development of internal combustion engines — a fashionable novelty of that time. Benz planned to sell motors for agricultural and industrial applications. But in parallel with the development of the engine, he was also obsessed with another idea — designing a horseless carriage.

The development of the first engine took more than six years. Carl Benz was granted a patent for a two-stroke gas engine on December 31, 1878. And this was just the beginning. In the next three years, he patented a battery-powered ignition system, a spark plug, an accelerator, a carburetor, a radiator for the engine's water cooling system, and, somewhat later, a clutch and gearbox. 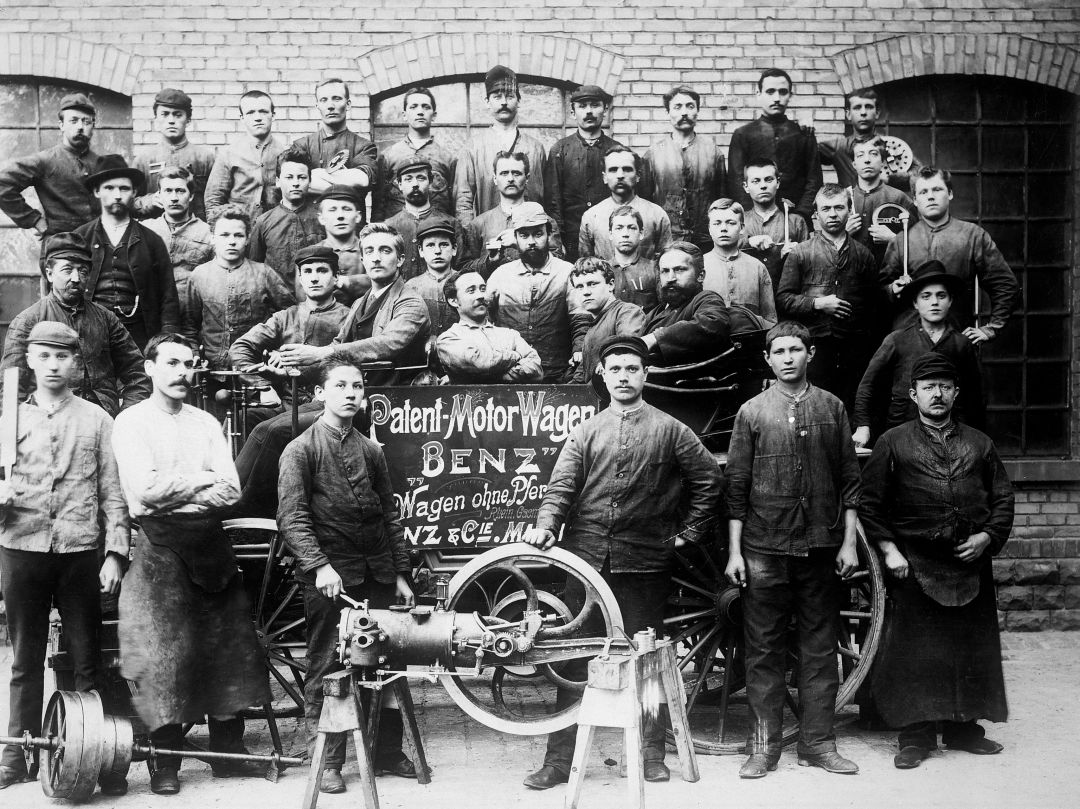 In 1882, Benz set up a joint-stock company Gasmotoren Fabrik Mannheim. But the company was not able to establish the production of engines. In 1883, Benz resigned from the board of the company and invested in a small bicycle workshop. The new company was named Benz & Company Rheinische Gasmotoren-Fabrik, and was later renamed Benz & Cie. It was at this enterprise that Carl Benz managed to establish serial production of petrol engines. In the next three years, Benz, along with improving the design of the engine, was engaged in the creation of the first car.

What kind of car was it? It was a three-wheeled cart on bicycle wheels. The front wheel was controlled by a steering mechanism with a handle rotating in a horizontal plane. In general, the car was extremely capricious in operation and unreliable. Still, it was the first automobile in the world. In 1887, the Benz car was presented at the World Exhibition in Paris. Already in 1888, Benz sold the first car in Germany.

This was followed by a series of mergers and acquisitions of the company, aimed at improving the product and developing new business lines. In 1926, in the wake of the post-war economic crisis that engulfed Germany, the Benz company teamed up with another automotive leader, the Daimler Company, to save the business. On June 28, Benz & Cie and DMG merged to form a new company, Daimler-Benz. All car models produced by the company were named Mercedes-Benz. 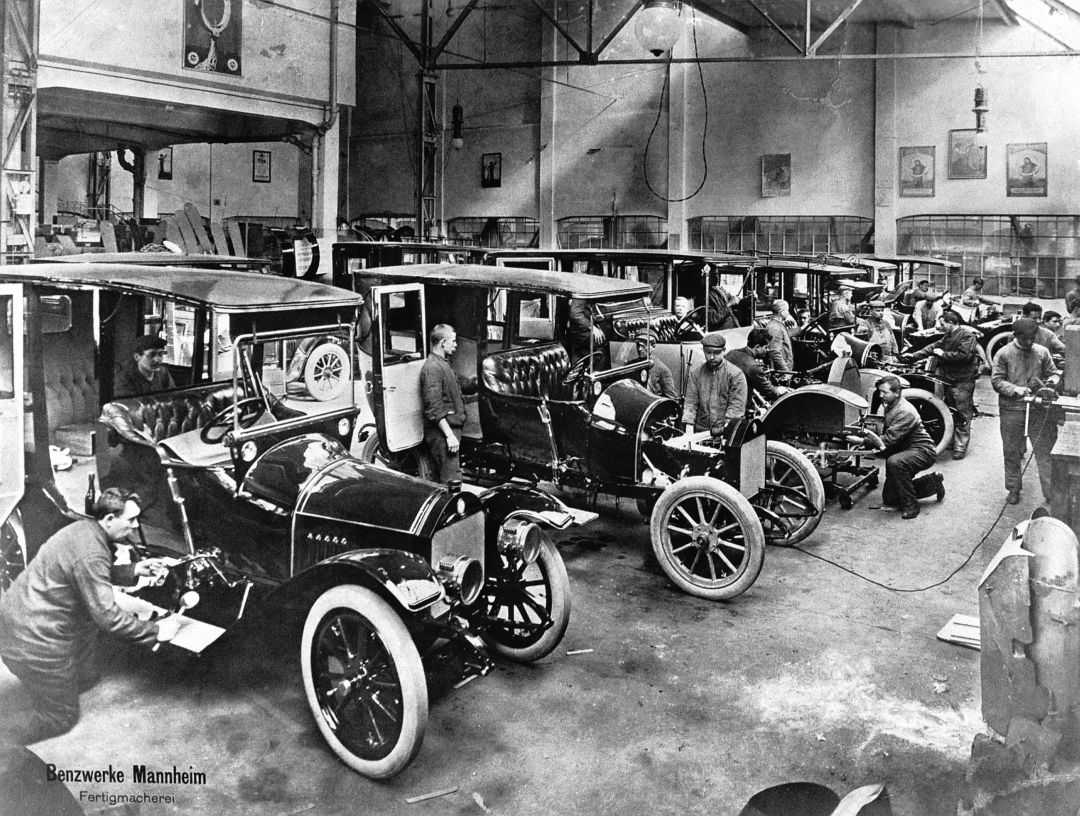 The inventor of the first car died on April 4, 1929. 81-year-old engineering genius passed away beautifully: just a few days before, a grand parade of the oldest automobile clubs in Germany under the motto «honor your masters» took place in Ladenburg under the windows of his house. Hundreds of cars of different brands in a single formation greeted the great master — probably, it was the best farewell to dream of.

The Power of Three Letters: MWM

Regarding the formation of the MWM company, another date is also mentioned — 1922. It was then that one of the divisions of Benz & Cie became known as Motoren-Werke Mannheim A.-G., or MWM. Already in 1924, MWM released the first tractor (road tractor) «Motorpferd» with an R 18 diesel engine with 18 horsepower. In 1932, the company began developing small diesel engines for industrial and agricultural applications. In 1979, MWM celebrated the 100th anniversary of the development of the first two-stroke gas engine and began the production of gas engines in Mannheim.

Since 2013, the MWM trademark has been part of Caterpillar Inc. At the same time, MWM remained on the market as an independent brand. 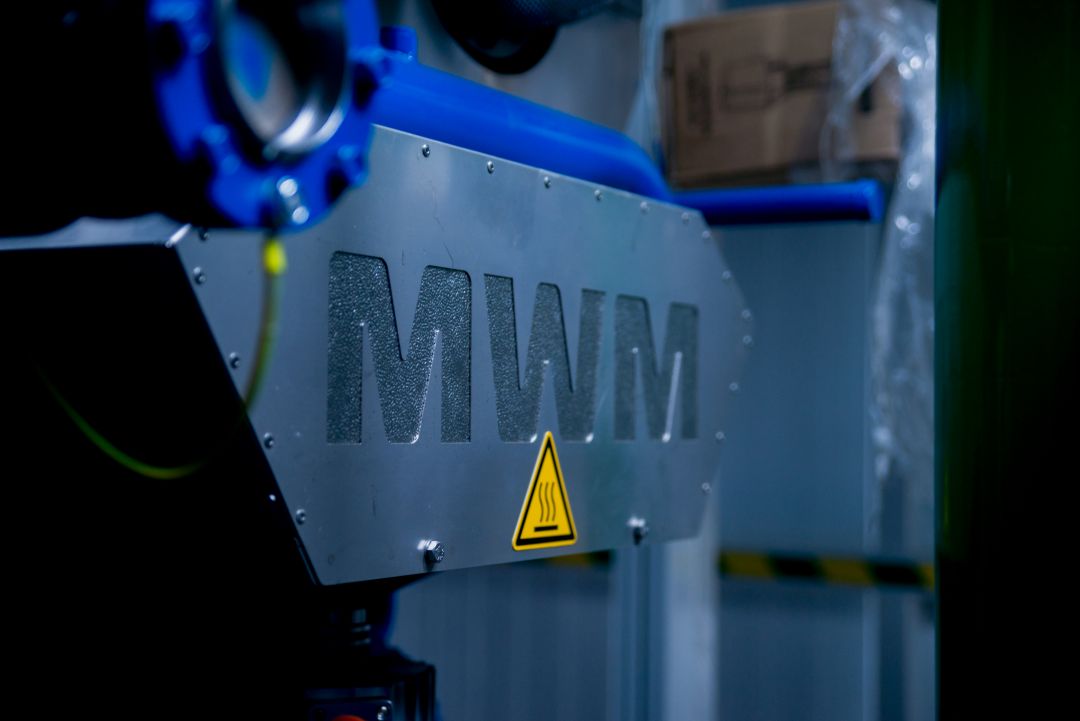 Now, in 2021, the MWM team is fairly proud of its 150-year history and its innovations, developments, and progress that have led to the creation of the most reliable gas engines in the world. These features — efficiency and reliability — are the key characteristics of MWM gas piston engines. For 150 years, MWM engineers have been working to improve the output rating, efficiency, and reliability of equipment that is now supplied from Mannheim to many countries around the world, including Russia. Today MWM is one of the leading suppliers of highly efficient and environmentally friendly integrated plants for autonomous production of thermal and electrical energy.

Today, more than 700 MW have been launched in Russia with the use of MWM gas piston engines, of which 267 MW have been put into operation by the MKC Group of Companies. According to the latest research, MWM is a market leader in Russia as it is the most successful importer of gas engines in the range of 1 to 5 MW.

The Energy of Cooperation: MKC and MWM

The cooperation of the MKC Group of Companies with MWM began in 2011, when the Ural engineering company, which had already worked with the Russian YaMZ brand, Slovak Elteco, Czech Tedom, made a decision that largely determined the further development of the enterprise: to use MWM gas piston engines — premium energy equipment — at the construction of autonomous power centers.

«MWM equipment is a symbol of quality, reliability, and environmental friendliness all over the world. At first, we all had doubts because of its relatively high cost. However, the market is maturing, and now customers are paying more and more attention to the reliability of energy centers, rather than to the initial costs. And the practice of that time proved that the price of constant shutdowns of power plants based on cheap equipment was higher in total than the initial cost of premium equipment. As a result, we started using MWM gas piston engines in our projects», says Maksim Zagornov, Director of MKC Group of Companies. 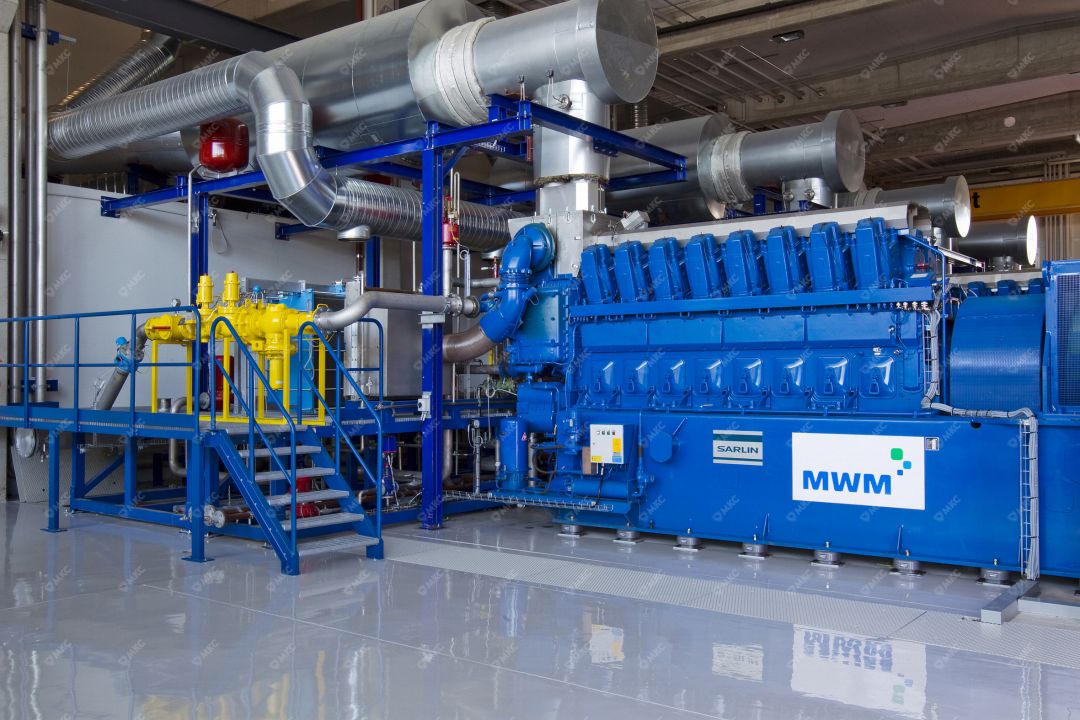 The long-term cooperation of the MKC Group of Companies and MWM is not only the history of the implementation of a dozen innovative energy projects for various enterprises of Chelyabinsk, Sverdlovsk, Tyumen, Tambov, Yaroslavl, Kemerovo regions, but also the history of the formation of the distributed energy industry in Russia. In less than 10 years alone, the MKC Group of Companies has built more than 54 autonomous power centers based on MWM engines with a total capacity of 267 MW. In 2017, MKC Group of Companies became the only one in the Urals and the third in Russia company to be granted the status of an official dealer and service partner of MWM. 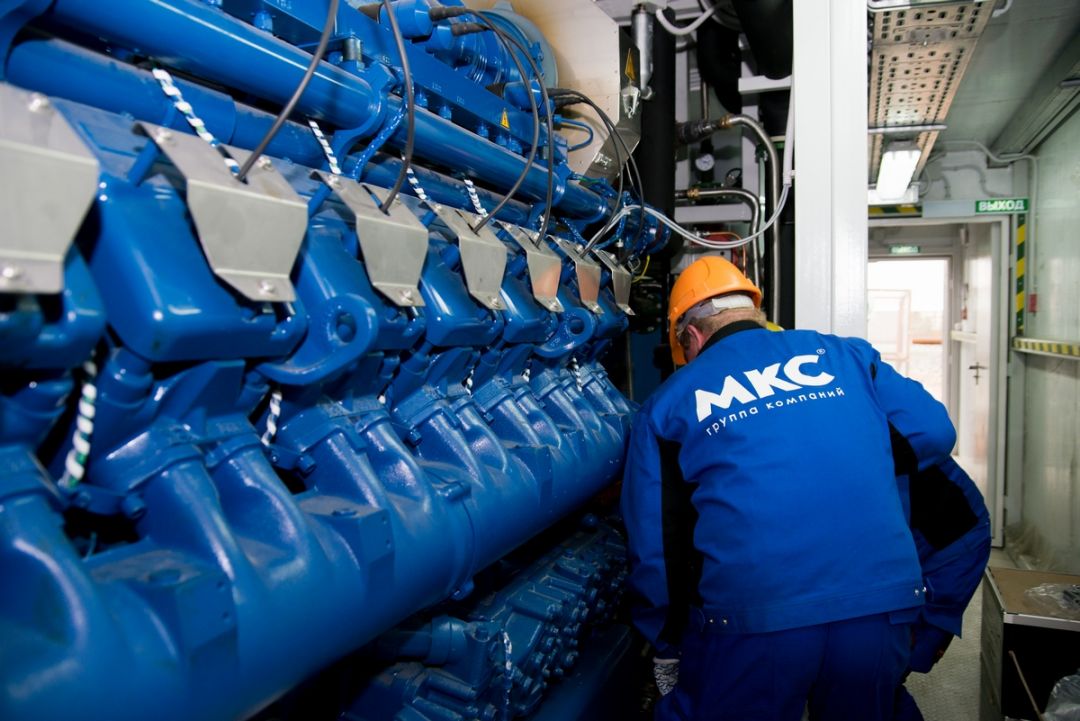 «We, as official dealers and service partners of MWM, bring to the Russian market high-quality, highly ecological MWM equipment in the MKC package. In addition, we offer competent, professional turnkey engineering. We were the first in Russia to develop a block-modular power plant based on the largest MWM engines — TCG 2032B V16 4.5 MW. We can build objects of any degree of complexity — stationary or modular on our own», says Maksim Zagornov.

Among the Ural companies that have chosen the MKC — MWM tandem are the leading enterprises of the country: PJSC The Gold Mining Company UGC, CJSC Tander (Magnit trading network), LLC Resource, LLC RIF Micromramor, and many others. 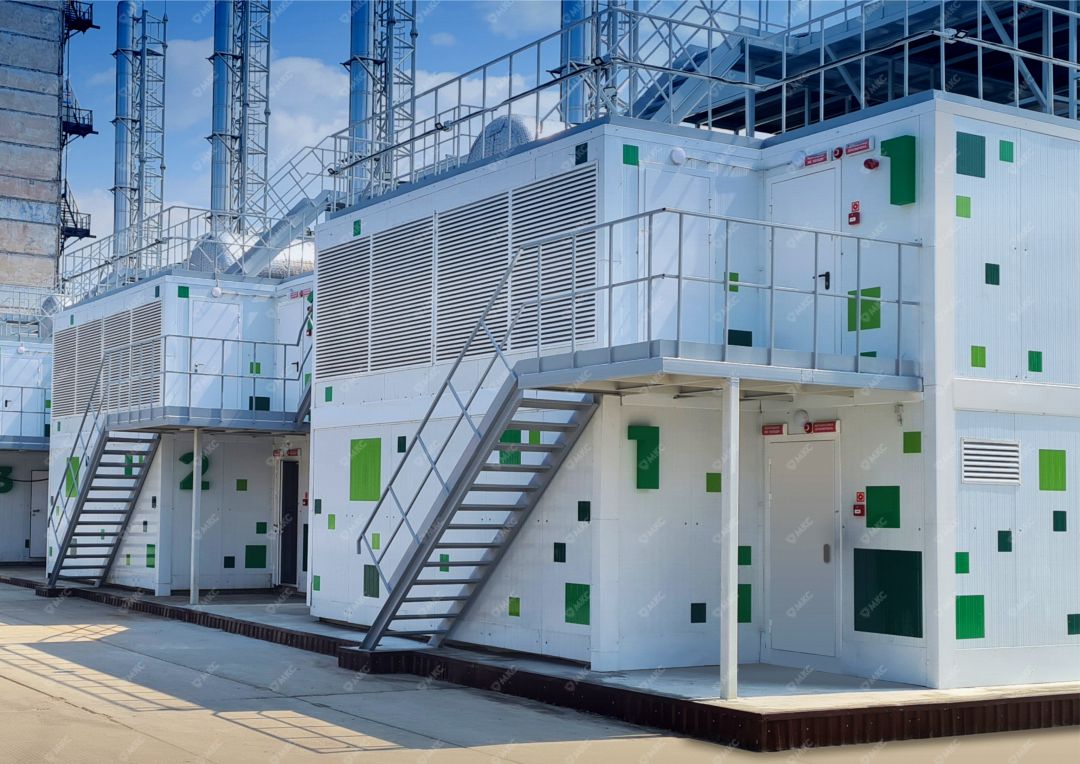 In 2020, MKC Group of Companies planned the construction of two plants to produce power stations, becoming a resident of the Malaya Sosnovka Industrial Park (Chelyabinsk Region) and Dubna (Moscow Region). At its new production sites, the company plans to develop and produce block-modular and nodal equipment for autonomous gas-piston power plants based on MWM engines. This signifies that the history of cooperation between Russia's leading engineering enterprise, MKC Group of Companies, and the German MWM plant will continue.